Although pathophysiology of steatosis is multifactorial, evidences from rodent studies suggest that peroxisome proliferator-actived receptor (PPAR), -α and -γ are involved. A new product, Yo Jyo Hen Shi Ko (YHK), derived from Henshiko (Kyotsujigyo Inc, Japan), has four ingredients (Panax pseudo ginseng, Eucommia ulmoides, Polygonati rhizoma, and Licorice root) that react with reactive oxygen species (ROS), blocking the propagation of radical reactions in a wide range of oxidative stress situations. The potential therapeutic efficacy of YHK in NASH has not been explored. The objective of this study was to evaluate the role of YHK in the hepatic expression of PPAR-α and -γ in ob/ob mice with NASH induced by a methionine/choline deficient (MCD) diet. Male ob/ob mice were randomly assigned to receive YHK oral solution (20 mg/kg/day) (MCD + YHK group, n=5) or vehicle (MCD group, n=5) by gavage concomitantly with MCD diet. After 4 weeks of treatment, mice were sacrificed and their livers were collected for histologic examination, mRNA isolation and measure of lipoperoxide and glutathione concentrations. The analyses of PPAR-α and -γ gene expression were performed by Quantitative PCR (qPCR) using primers specific for PPAR-α and -γ, and β-actin was used as an internal control. PPAR-a mRNA content was significantly higher (p<0.05) in livers of mice fed a MCD+YHK in comparison to the MDC group while there were no

statistically significant differences on PPAR-γ content between the two groups. These results were closely associated with inhibition of NASH development and reduction of seric aminotransferases and of hepatic lipoperoxide and glutathione concentrations in the MCDYHK

group. PPAR-α is highly expressed in liver and its activation leads to augmented fatty acid oxidation and steatosis prevention. Studies have been demonstrating a reduced expression of PPAR-α even before definite steatosis had developed, indicating an important role in the development of NAFLD. The increased PPAR-a mRNA content observed in MCD+YHK group associated with histological and biochemical improvement suggests a novel therapeutic potential for YHK in NASH, however, additional studies in different animal models are necessary to provide insights about a variety of genetic and host factors. 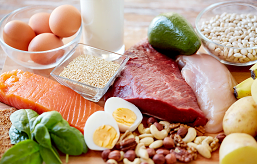 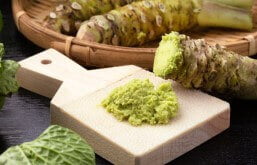 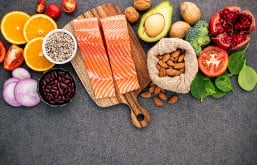